The Frogs, Jim and Gladys 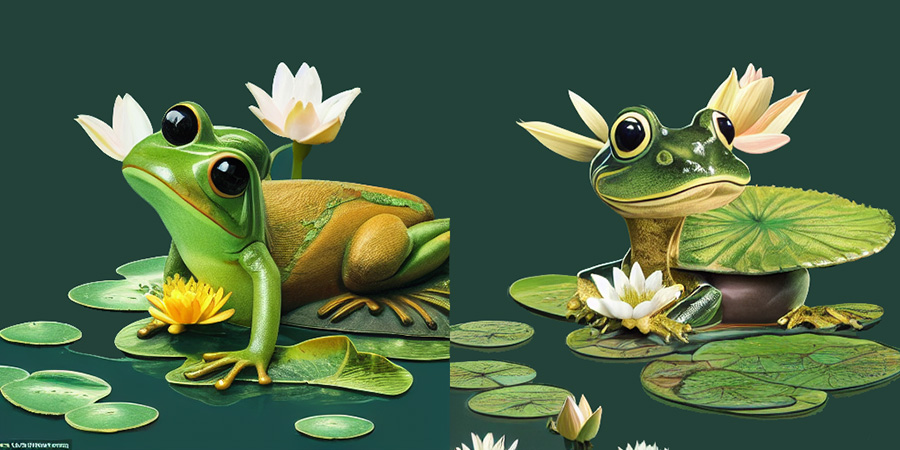 Bullfrogs always held choir practice at this time of night on the west shore of the bayou.

Josh trotted down the path that led to town, his hound Buttercup ran ahead. She stopped and growled, hair bristled on her back. Josh picked up a section of a branch. "Probably just a stray cat."

Buttercup dived into the underbrush. A voice called out, "Git that damn dog outta here 'fore I shoot it!"

A figure in camouflage emerged with a streak-painted face. Josh grinned. "Hell, Halloween is next week."

"No al-Qaeda around here in quite a while."

"Don't be smart-mouthin' me, boy. I won't mind killin' you one bit. Maybe that mangy mutt needs a good killin', too."

He lowered his assault weapon.

"You're not shooting my dog."

"Think about it, boy. Sneakin' up on a man in the dark with a attack dog. Least that's what I can tell the PO-liceman."

Josh blanched. "Get out of the way. It's an emergency."

The militiaman aimed at Buttercup. "Me being attacked by yer dog is the only emergency 'round here."


Josh raised the branch. "Put the rifle down."

Buttercup lunged and sank her teeth into the rifleman's leg.

"Gawdammit!" As the militiaman bent down to hit the dog, Josh smashed the branch on the back of his head, picked up the rifle by its barrel and flung it into the brackish water.

Josh ran through the woods to the gravel road that lead to town. A single sunflower headlight approached through the nighttime mist. He flagged down a rusty pickup.

"Where you headed?" the driver asked.

"Store to call a doctor. -- childbirth and there might be trouble."

"Throw yer dog in the back."

Josh helped Buttercup into the back of the pickup, then jerked the passenger door open.

The driver ground the truck into gear and glanced at the rearview mirror.

"Ordinary don't pick folks up at night, but yer dog caught my eye. Seed a bunch of coon hounds in my day but don't recall seein' one that yeller."

"Son, go layin' up with a young woman in these piney woods and that's what happens. S'what happened to me, anyways."