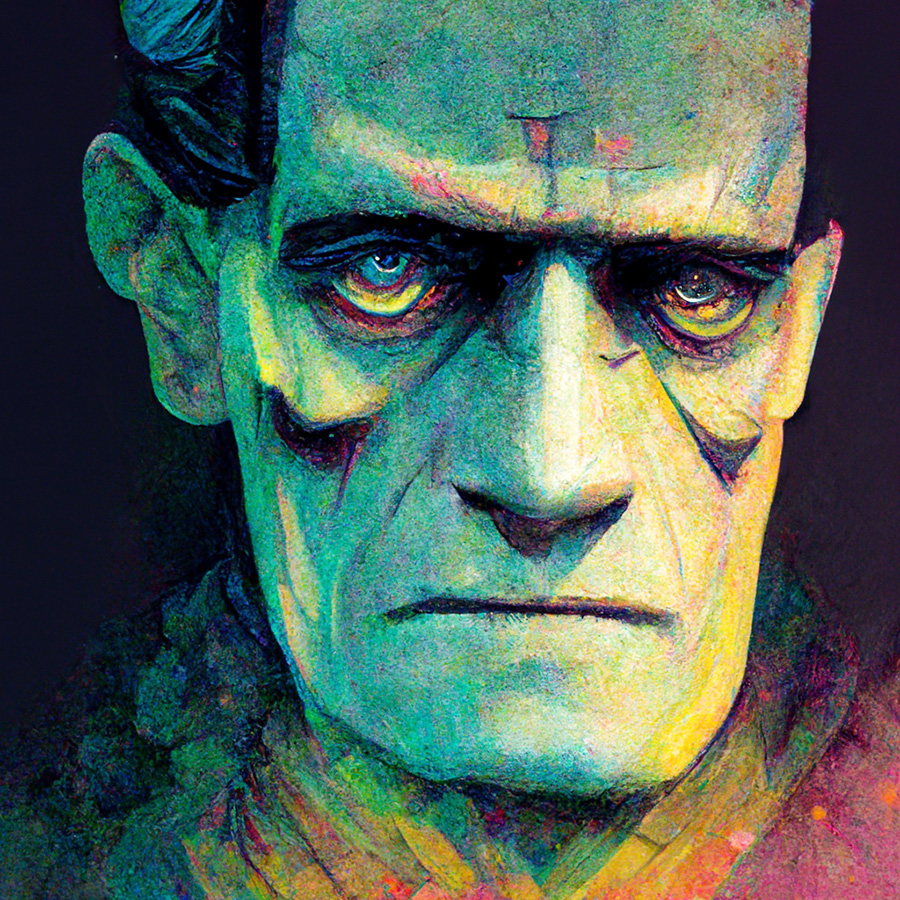 The first transformation was the hardest. Sharp pains spread through Benji's limbs as bones lengthened and shrank, as muscles stretched and grew. His hands grew into platter-sized paws with stubby fingers and carving knife claws. His face stretched into a broad muzzle with tusk-like fangs. He finally understood the nature of his Romanian assault. A plan formed in his mind. Halloween was two nights away, the last night of the full moon.

Romania had been the brainchild of his boss, Ivana Stolychnaya. She sought new markets to outsource their company's Help Desk support. When the beast attacked, she locked herself in the rental car and locked Benji out. Benji found refuge under the car. It saved his life, but didn't spare him the bite.

Benji used to dream of showing up at meetings without pants. Last night he dreamed of stalking without fur.

The moon was high and the streets were dark, but Ivana's neighborhood was decorated like an Orlando theme park. The homeowners association was holding a private Halloween party for members of the elite, gated community. Benji followed his nose. Power surged through his body. He felt invincible, and howled as he took up the hunt.

He smelled her long before he saw her. Chanel perfume assaulted his senses like mace. She was dressed as Cat Woman, the most form fitting costume she could find short of body paint. Her daughter was Little Red Riding Hood. Perfect.

A horrified Ivana would witness a grim faerie tale. No woodsman would save Red tonight. Then he'd finish Ivana, strip the flesh from her bones, and suck all her marrow dry.

He stalked through shadows of manicured Bougainvillea and Palmettos. Three paces.Two.

He tried to pounce, but the roar caught in his throat. What escaped was the squeak of a rubber chew-toy. And when Little Red screamed his thoughts scattered like a kindle of kittens, leaving confusion and despair in their wake. Even his werewolf savagery had taken a powder.

His mind reeled. He panicked. All around him people were watching and looking out their windows in response to the young girl's screams.

THWAK! Benji's world turned to white light and stars. Ivana seized the offensive and thumped his nose with a rolled-up newspaper she'd recovered from a nearby driveway.

Humiliated, he turned and ran as fast as he could, tail buried between bared hind quarters.